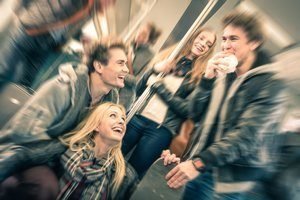 It is clear to me when I watch many popular programs geared to the adolescent population that there is a definite absence of parent in the lives of the characters. In some of the more popular programs, the teens are placed in boarding schools or the parents have either died or had to travel far away for work, writing an ‘acceptable’ story line to account for kids navigating their everyday lives with little adult involvement.

Even further, the adults who are part of many of these programs, be it as parent, principal or teacher, are often portrayed as irritating, nagging, ridiculous, blundering, and hopelessly out of touch with what the teen characters really need.

As a Child & Youth Counsellor, I also understand the impact of parents backing away from their adolescent child to begin pursuing their own lives, or perhaps thinking their teenager can now make their own supper, take care of themselves after school, manage their own schedule and social calendar, handle their own stress and fill their own time. I also see the impact of parents who ‘give-up’ when an adolescent begins to exert a growing sense of push. The teenager can be prickly and hard to get along with. A parent might decide they aren’t going to bother trying anymore in order to avoid conflict altogether, instead of responding to what does and doesn’t work in the relationship.

One of the true dangers in how we approach our adolescent children is abandoning the parenting and guidance role prematurely; the teenager is marooned at a time when rich attachment is just as important as it ever was. It may seem, within the day-to-day tensions that inevitably erupt in this place of development, that the adolescent neither wants nor needs anchored attachment to parents and significant adults, but nothing could be further from the truth. If the teenager lacks meaningful, warm, responsive, involved, consistent, daily adult mentorship, chances become very good they will move to seek emotional support and influence about how life works from… other teens.

The phenomena of ‘peer orientation,’ as described by Dr. Gordon Neufeld in his groundbreaking book Hold On To Your Kids, can take our adolescents far outside a natural path of supported maturation into self, and deep into the realm of what has unfortunately become problematic in our society: orientation to peer group, peer group conformity, stuckness in immaturity, and teenagers who are increasingly difficult to mentor, guide, teach, and parent.