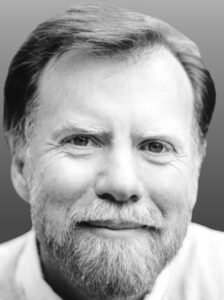 Before he retired, Dr. Gordon Neufeld had accumulated more than 40 years of experience as a clinical psychologist with children and youth and those responsible for them. A foremost authority on child development, Dr. Neufeld continues to be an international speaker, a best-selling author (Hold On to Your Kids) and a leading interpreter of the developmental paradigm. Dr. Neufeld has a widespread reputation for making sense of complex problems and for opening doors for change. While formerly involved in university teaching and private practice, he has devoted the best part of the last two decades to creating courses for parents, teachers and helping professionals. These courses are offered primarily through the Neufeld Institute – an online educational institute and world-wide charitable organization devoted to applying developmental science to the task of raising children. Dr. Neufeld’s lifes work has been to help adults provide the conditions for children to flourish. He is a father of five and a grandfather to six.

Some keynote addresses at national conferences and international events:

Overview of theoretical approach and contributions

Dr. Neufeld is widely considered to be a leading interpreter and communicator of the developmental approach. He provides a comprehensive model that has evolved from years of synthesis and distillation. The result is an integrated developmental approach rooted in depth psychology, grounded in the developmental paradigm, saturated in attachment theory, congruent with current neurological research, and honed by over 40 years of professional practice, parenting and personal reflection. In a world of fragmented knowledge, esoteric terminology, strategies divorced from their philosophical moorings, and a smorgasbord approach to treatment, Gordon Neufeld is a welcome relief. His integrated developmental model is a refreshing alternative to the current cognitive behavioural fare as well as to the medical ‘disorder’ approach. His model has clear and profound implications for parenting and teaching as well as treatment. In the words of one fellow psychologist, “the uniqueness of Gordon is that in a day of focusing on the superficial and specializing in the specifics, he goes for depth and the big picture. He leads us to a way of thinking and seeing that penetrates to the very essence of things and then opens doors for change.”