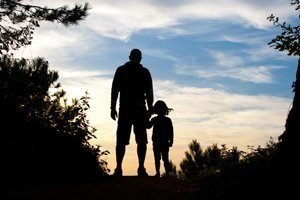 “Miss! Miss! He called me a wienie!” And so could start a round of “who did what to whom.” While I observed this common playground scenario, it occurred to me that this child was not asking the adult to immediately “right the wrong.” It seemed to me that he wanted reassurance and an understanding that his feelings had been hurt.

How much easier it would be if we realized that what children most need from us is support and understanding. Whether it be dealing with a hurtful comment on the playground or a more serious situation such as bullying, children look to us to see what we think of them.

How could we respond when a child tells us of a hurtful situation? First, we need to acknowledge the situation using words such as, “I am so sorry Johnny called you a wienie. That must have hurt your feelings… but I don’t think you are.” Allowing the child to talk about their emotions, the frustrations and hurts, gives them the message that we care about them.

This is difficult for adults in schools because we feel obliged to do something about the situation. It can be a time-consuming venture as we try to uncover what really happened and determine a solution that is often in the form of a consequence which then needs to be meted out and supervised. There is so much to do and such little time. It’s natural to want to move into action when a child comes to us with a complaint.

There is a teacher I know, who now does a LOT of listening when children come to her to complain about their classmates. Interestingly, when she asks the student, after listening to their concern, if he or she would like her to DO something, most often the child says, “No.” There are times when she will speak with the other student, but knowing that her children just want her to listen has made her feel less pressured.

When children sense our “presence” it has a calming effect on their nervous system. In order for us as adults to be “present” we need to be convinced that what we are doing in the moment is just as important as what we will be doing next.

Our children need to know that they are important enough to us that we are willing to listen to their concerns. They want to know what we think of them, and once reassured, can hold onto that for a while, as they experience the rough and tumble of being with their peers. Of course, we need to be alert to situations that need intervention, as our students also look to us to keep them safe. However, this may not need to be done as often as we think.

I send out a challenge to those of you working with children. Try this out as an experiment for a day or two. Come alongside the child by acknowledging her feelings and hurt. Provide the child with a word or two that describes how you see him (focus on effort and growth). Acknowledge the injustice of what happened. Even if she asks you to do something, which can be done at a later time, continue to ask her if she is okay. I am sure that you will be pleased with the results.

My thanks to Lorraine Beaudry, a teacher in Alberta, who shared her experiences when I first asked for feedback about this “experiment.”