I don’t think I have ever seen so many hugs delivered by grown men in a 22-hour period. I was riveted, along with one billion other viewers. I kept count, wanting to stand vigil along with the president of Chile, until every single miner was up and accounted for. Thirty-three was the magic number. I don’t think I will never feel the same about that number again.

But what comes after a brush with death? Many alluded to the aftermath but only one of the many so-called experts even came close to spelling it out.

In short, one does not face death and come away untouched. What we witnessed was just the beginning of the impact. In the wake of the first tidal wave of emotion come two other momentous waves, quite capable of overwhelming us, especially if we don’t know what to expect.

When any separation is faced – and that is the psychological meaning of death – three powerful emotions are evoked. Only one of these emotions can be felt at a time, at least when the feelings are this intense. The emotion we all were witnessing in these miners is ‘seeking’ or ‘pursuit.’  This emotion moves us to restore proximity with those we are attached to. It was easy to identify with this emotion and celebrate its successful resolution. 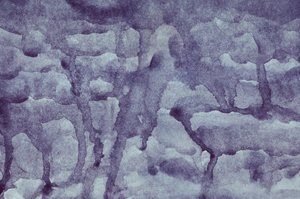 But what comes after contact and closeness has been restored and the proximity seeking dissipates? One of the other two emotions  – alarm or frustration – starts to move us deeply and profoundly. Nothing scares us more than facing separation from those we are attached to. Nothing frustrates us more than thwarted proximity with those attached to. The problem with frustration is that if it doesn’t move us to tears, it erupts instead in foul attacking energy. Many of the miners and their loved ones will find themselves spontaneously moved to tears, sometimes it will feel like for no good reason whatsoever. It is those who don’t find their tears that I am concerned about, the ones that will find themselves lashing out at their loved ones, devoid of patience, biting the heads off of those whom they couldn’t wait to be re-united with. It is hard enough to deal with this emotion when you know it is coming, but when blindsided, it can destroy the most precious relationships.

And then there is the alarm. Interestingly enough, the fear takes a while to catch up with us. In the wake of pursuit and of frustration come waves of alarming feelings, fueling nightmares, and obsessions and phobias and all manner of anxiety-driven behaviour. Again, this is daunting enough when anticipated, but can often overwhelm when caught by surprise. Alarming feelings are meant to move us to caution but there are certain things we cannot avoid. It is then that we need to find our tears of futility, for this is the only response that will actually put the alarm to rest.

But the ultimate answer is yet another emotion – that of futility – the emotion experienced when up against that which cannot be changed. Facing separation is the ultimate futility, not because proximity cannot be pursued, but because we cannot hold it fast. When the futility sinks in, especially if the emotion is strong, it moves us to tears. The only way the waves of pursuit and alarm and frustration will lessen is to be held in someone’s arms, so to speak, until there is nothing left to do but cry. I hope these miners find those arms as well as the tears that will bring them back to themselves.

But their story is also our story and our children’s story. Any encounter with separation – and there can be many even throughout the course of day – evokes these three powerful emotions of pursuit, frustration, and alarm. Facing separation comes in many forms: losing contact with those attached to, being ignored, not belonging, being away for too long, even the time-outs that so many children are subjected to. We usually embrace the effects of the emotion of pursuit such as the seeking to be good, the trying to measure up, the looking for approval. What we don’t count on is the aftermath once proximity has been restored – the increased alarm and the waves of foul frustration. When the separation our children face is unavoidable, they, too, need to find their tears in the arms of those that love them. Otherwise they too are in danger of being overwhelmed by emotions and impulses that will inevitably get them into trouble.

My ultimate wish for the children of this world is that they would not have to face more separation than they can bear. Given that this wish is unlikely to be fulfilled, I do hope for them as well as for the rescued miners that they can find their tears and the arms in which they can be shed, in order to keep from being driven by the waves of alarm and frustration that come once proximity has been restored.