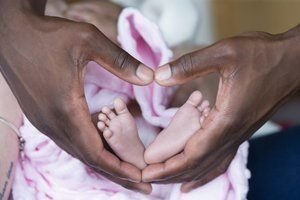 Some time ago friends of ours were hosting a cultural exchange program participant in their home. “Esther” was a preschool teacher from Zaire working in a public daycare here in Winnipeg for the year she was in Canada. One day over dinner I asked her which cultural differences were most striking for her in adjusting to life in Canada. Esther was quite hesitant to address my question: it was apparent that she was worried about offending. After some reassurances she shyly began.

“Well,” she said, softly, “the biggest difference I see is how you treat your children. I do not know how to say this to you, but you see, in Zaire, we believe that what children need is love. They are little, and they are just learning, what they need is love.”

As you can imagine, my interest was engaged at this point! Esther did not know about my involvement in this work, so her comment was all the more compelling. I don’t think many Canadian parents would disagree with the idea that what a child needs most is love, but it was obvious that Esther’s understanding of what this means was different than our cultural norm. When I asked her to explain, she told me the following story:

One day in my first week of working at the Canadian daycare, it was time for snack, and all the children were told to wash their hands. Three-and-a-half-year-old Matthew was standing at the sink seeming a bit lost, wiggling around and looking everywhere but at the tap. The head caretaker told him, “Mathew, it’s time to wash your hands.” Mathew leaned back and looked up at the ceiling. I could see that he wasn’t really able to pay attention right then, so I went over behind him, put my arms around him, took his hands in mine, leaned over to look in his face, and told him a little story while I washed and dried his hands and he laughed and chatted with me. Then I took him by the hand and led him over to the snack table where I sat down with him for snack.

A moment later I was called aside by my boss who told me that what I had done was completely unacceptable: Mathew was perfectly capable of washing his own hands, and I was not to do for him what he could already do for himself. Mathew needed to learn to listen, to follow directions, and to be independent. So now I have to stand by and watch while Mathew hears this: “Mathew, it’s time to wash your hands. Mathew, if you can’t wash your hands, then you can’t have a snack. Mathew if you can’t listen, then you’ll have to go sit in the thinking chair,” and Mathew is put in the thinking chair while all the other children eat their snack. All this sitting is not helping: Matthew is in more trouble each day than he was the day before.

I don’t understand this. In Zaire we believe that what a child needs is love. He is little, he is still learning; more than anything he needs love! In Zaire, I think that if a teacher took a child away from everyone and made them sit alone on the chair, the parents would be very angry. I think they would not allow the child to go back to that school. They would never allow their child to be treated like this. I think if a child in Zaire was treated this way, he might be afraid of school, and teachers, and learning for a long time. It would hurt him so much, but these children don’t even cry. I can’t understand it.

So that’s the biggest difference I see: in Zaire we believe that what a child needs most is love.