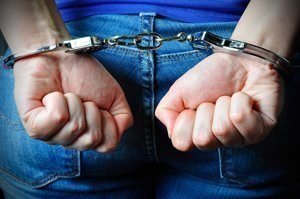 In the wake of the Vancouver riots following the Canucks loss in the Stanley Cup finals, many are struggling to make sense of this senselessness (see also Dr. Deborah McNamara’s editorial on this website). Ironically I was – and still am upon writing this – in Europe, preparing to give a keynote address at a Congress on Delinquency in Berlin, Germany. Unfortunately this is a world problem that our beloved Vancouver (my home town) has not escaped.

There are many theories of delinquency and much research going on. We find differences in brain structure and functioning, in early experience, in socialization processes, and even in parenting styles. Sociologists speak to factors such as poverty, societal expectations, mob mentality and family breakdown. None of these factors hold true across the phenomenon, however, and none can truly explain this behaviour.

After years of both working with delinquents and studying delinquency, what stands out to me more than any other factor is their surprising immaturity. On the three most significant measures of maturation – viability as a separate being, tempered experience and expression, and the ability to learn from mistakes and failure – most delinquents come up short. And their brains reflect this remarkable fact. The prefrontal cortex – the civilizing mixing bowl of the brain – is no more developed than the average 4 year old’s, and the corpus callosum – that bridge that allows us to use both sides of our brain to solve problems – is also smaller than it should be. Their physical size and sophisticated demeanor blind us to the reality that they have failed to grow up as human beings. There are many contributing issues involved in delinquency but these only have effect in the truly immature.

It is true that we can turn off our alarm system temporarily through alcohol, and I assume that many did just that in the Vancouver riots. When this is the case, this kind of behaviour only results when under the influence of alcohol. This would have explained some of what we saw in the Vancouver riots but it certainly does not tell the whole story. The delinquents I worked with would have all made it their top priority to be in Vancouver that night and would have fantasized exactly what ultimately happened, even without the alarm-numbing effect of alcohol.

So then, what could possibly cause both developmental arrest and alarm dysfunction. The answer is so profoundly simple that it usually escapes our notice. Both psychological maturation and a working alarm system depend upon a healthy limbic system (ie, emotional brain). Most simply put, we need to feel our feelings, even the most tender and vulnerable ones, in order for the brain to be able to move us to caution when appropriate and to enable us to grow up over time. Emotion is both the engine of maturation and the motor of the alarm system.

But tender feelings are also a luxury that many brains cannot afford. When our wounds are too much to bear, we become emotionally desensitized, thus losing the very feelings that are required to realize our human potential as civilized and considerate beings. The root of the problem is emotional desensitization, or in intuitive language, hardened hearts. Delinquents of any age are in a flight from vulnerability that is crippling both their alarm systems and their maturation. I found the delinquent youth I worked with to be devoid of many of the vulnerable feelings that are essential to becoming fully human. We are so blinded by their delinquent behaviour that we often cannot see the heart of the matter.

Such a flight from vulnerability begs for an explanation. We are not living in a time of war, at least not in Vancouver. We do not have significant poverty, in fact, many engaging in this behaviour come from affluent homes. What possibly could be the problem?

The answer again is right under our noses. The major finding of a large study of adolescents was that what preserved their emotional health was strong emotional relationships with caring adults. The only way we can shield our children and youth from wounds too much to bear, is through the strength of their attachments to us. As soon as their peers matter more than we do, natural human vulnerability becomes too much to bear. In short, we are losing our children to their peers; delinquency – both in youth and continuing into adulthood – is one of the many negative results. My book – Hold on To Your Kids – spells this out in detail if you wish to pursue this line of thought further. The answer to prevention, in short, is to reclaim our youth, or preferably, to not let them go in the first place. We have a lesson to be learned in this, and hopefully we can learn it fast enough to make a difference in our world and in our beloved Vancouver.