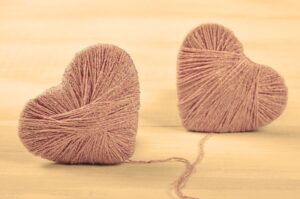 “The heart has its reasons of which reason knows not.” In one eloquent blow, the 17th century scientist and philosopher Blaise Pascal both vindicated emotion and revealed the failure of reason.

After a lifetime of studying the heart and at the risk of sounding somewhat arrogant, I think I’ve caught a glimpse of the heart’s reason.

I must give tribute to the conceptual glasses I have been privileged to wear. The attachment and developmental lenses so brilliantly honed by inquiring minds from the past have turned out to provide almost X-ray vision to the workings of the mind and even predict the discoveries of neuroscience. Perhaps it is the fact that these lenses were constructed with utmost regard to all things natural.

Age seems to have clarifying effect. I can see much clearer now that the details are finally dimming from view. It is rather ironic that the less I can remember, the better I seem to see. Distance also seems to make a difference. Like those works of art that only reveal their truth when standing far enough away from them, my grandchildren are able to teach me lessons now that I was far too close to my own children to comprehend.

So I think I’ve got it! I’m much too shy to run naked through the streets yelling ‘Eureka.’ And I didn’t think of this while in the bath as did Archimedes. But nevertheless I believe I’ve got a glimpse of the inner logic of the limbic brain. I don’t just mean that togetherness is the ultimate mammalian endeavour. This realization has been clear for some time now – that survival for mammals lies in their ability to preserve proximity with others. In other words, babies don’t seek to survive; they seek to be close. And we are all just big babies at heart. That realization is absolutely basic and pivotal to making sense of emotion.

What truly has hit me like a ton of conceptual bricks is the logical extension of this remarkable discovery – that separation is the fundamental problem for the limbic brain to solve. Simple enough – and self-evident once seen. However, this dawning realization has taken years to truly sink in. Maybe the problem has been that separation itself is so blinding; it is rather akin to looking directly at the sun to discern its character. As the artist-of-nature Emily Carr once observed, truth sometimes has difficulty revealing itself when we are looking at it too directly.

If I’ve got it right about the heart, then our most popular parenting practices are misinformed and our school system is misguided. If this is truly the task of the limbic brain, then it makes sense why anxiety and bullying are on the rise and why empathy is on the wane.

If fixing the separation problem is the heart’s modus operandi, we have an explanation for such diverse phenomena as love, neuroses and the shape of the digital revolution. We also have an answer for why our most favoured instant solutions to the separation problem (being good, being esteemed, digital connection, fantasized intimacy, and even winning) get in the way of the ultimate developmental answers.

If I am seeing correctly, then we have a basic guiding principle to a multitude of parenting challenges including the handling of bedtime, divorce, discipline, daycare, school and even death. We also have the common denominator to most childhood problems and the way through to a singular solution.

I feel somewhat like I do when the theme of a book or a movie is not revealed until near the end. I am compelled to start once again from the beginning, armed with the insight that would make all things look different and be the tie that binds every detail together. Of course I cannot do this in real life except via reflection, which I yearn for now more than ever. I also find myself wanting to study anthropology, culture, religion and mythology. The boundaries between disciplines begin to blur when the dots are joined and the big picture has emerged.

It will be rather daunting to tackle this subject in the time allotted for a keynote. What I would most like to do is share my awe. I think music would be the best way but I would have to start all over again to master that medium. I promise I won’t sing or lead an orchestra, but I do hope that I will be able to share a bit of what I see.

Dr. Neufeld will articulate his theory on How to Stay Close When Apart in a two-part keynote address that he will present at the Seventh Annual Vancouver Neufeld Conference on Saturday, May 2, 2015. For conference details and to register, please visit our events page.