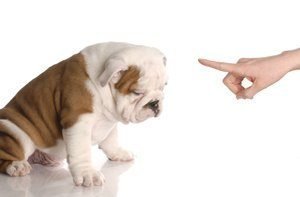 In an earlier editorial I talked about guilt as an unpleasant emotion that is best kept in sight.

Well, what about shame? Is that not what you also feel when you feel guilty?

For purposes of gaining insight into these difficult feelings, it is important to distinguish between shame and guilt.

As I said in the previous editorial, guilt is to feel responsible – that you did something wrong: uncomfortable, yes, but a sign that you are aware and care about your impact on others.

As you can understand from this description of shame, being shamed can be deeply hurtful to a tender developing sense of self.

You don’t actually have to act as my old Scottish schoolteacher in Grade 3 did, shaking her finger and shouting, “Shame on you, you…lazy, careless, dirty, bad, … children!” She was often in a righteous rage, and believed in the power of shaming, as she was molding us into good little citizens. Half the class (usually the boys), would be staring out the window, not hearing a word she said, and the other half would be wishing they could sink into the floor and disappear. Just to up the ante for those staring out the window, Mrs. Handby would segue into the threat of fire and brimstone that was the predicted end for all of us, coupled with flying chalk missiles. (She looked just like the iconic schoolteacher in Calvin and Hobbes.)

That was the ‘good old days!’ Today, a frustrated adult might exclaim: “What is wrong with you?!” or “What is the matter with you?” Using words like this makes for pretty overt shaming and most of us only find ourselves saying something like this to a child when we are really feeling harried. However, shame can also be conveyed to a child by telling them that they are ‘too much’ in some way: too greedy, too demanding, too much trouble, or, conversely, ‘not enough:’ not smart enough, not pretty enough, not good enough.

Being aware of the impact of your words is crucial – however, shame can be experienced by a child even when a parent is being ‘linguistically correct,” if the face and tone of voice become cold. Alan Schore, who discusses attachment and brain development, uses the word shame for the experience of the infant when there is a lack of engagement (signified by him in eye contact) between the baby and the mother figure. The brain shrinks and withdraws without this interaction.

To take you back to Dr. Neufeld’s New Year’s editorial you can see that, in essence, to shame a child is to withdraw the invitation to exist in your presence.

Some children will jump to this feeling by themselves, especially in the face of vociferous reactions to their actions. They can decide that something is wrong with them, and rather than basking in a sense of being invited, they attempt to be more acceptable. The sense of shame can drive a tremendous need to be perfect and any failure can result in an exaggerated shame reaction.

Sometimes expectations of self-control in a young child can lead to shaming. When you are three, it would be perfectly natural not to have good impulse control in the face of strong emotions. For example: a young boy impulsively hits his little sister. Mom asks him “Why did you do that?” Because it was an impulse, he doesn’t really know why. Being pressed for an answer he doesn’t have can also lead a child to think there is something wrong with him.

Knowing that shame can be very hard on a child, you will ask, “How do I convey that some actions are not appropriate, instill my values, and teach what is socially and culturally appropriate, and still keep from wounding the child?” Not always easy.

The challenge is to deal with the deeds, and still manage to show the child the invitation to exist in your presence has not been withdrawn: “I’m still your mom” – “We will get through this” – “I’m looking forward to playing your favorite game with you tonight,” etc.

Dr. Neufeld talks about these challenges in his Power to Parent courses, under the heading Discipline that Doesn’t Divide.

He has recently made a new videocourse, Making Sense of Discipline, where he addresses the issues of disciplining without losing the vital connection with your child. This course will be released in 2011.