I recently discovered that my son was struggling with his peers at school. As a fifth grader, he is the oldest boy at his Montessori school. Over the years I have witnessed the patience, tenderness, and maturity that miraculously emerge from my son when in the company of a younger child to whom he is attached. Consequently, I had high hopes that these endearing qualities would be drawn out of him at school as he returned to this position of leadership: I envisioned him looking after the third graders who would join his multi-age class in the same way he cared for the younger children within our community.

Needless to say, the fact that this was not unfolding at school was a difficult pill for me to swallow. After my initial alarm and dismay at hearing about my son’s behavioral missteps subsided, I moved to find out what was not working for him. He had a safe relationship with his teacher, what was amiss? I learned that almost all of the incidents occurred on the playground. I was not surprised, for I need only recall that my worst experiences at school were all connected to the devastating peer interactions that happened at recess when I was outside of the teacher’s protective wing.

Consequently, my first decision was to eliminate the unstructured peer relating that was getting my son into trouble. To this end, I committed to attending recess, not only to help keep my son and the other children safe, but also to get a better window into what was happening (or not happening) on the playground.

Less than five minutes into my first recess duty the picture became clear. Twenty children were playing capture the flag on a beautiful green lawn under a clear, sunny sky. While the weather outside was lovely, there was an emotional storm brewing on the field as the children argued over who was “cheating.” My son was not the only one struggling with the fact that he couldn’t get his peers to listen and obey him; other children were clearly frustrated, some muttering swear words under their breath, some on the verge of tears, some walking around the edges of the playground with hearts that clearly ached from the insensitive relating of their “friends.” 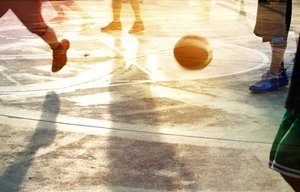 I immediately stepped in (with a confidence born of years of practice as the mother of three very intense children) and announced that it wasn’t their job to make sure everyone was following the rules; their job was to play and have fun. I actively joined the game. I scripted what it would look like for the older children to encourage the younger ones. (At the end of recess three of the oldest, including my son, reported their success at this to me with great pride.) I took the hurt ones out of the public eye and made room for their tears until they wanted to go “play” some more.

Thus I brought order to their world by having the children orbit around me, rather than each other.

As I drove home, I reflected upon how misguided our approach to recess is. In the classroom we are concerned about student teacher ratios, but often don’t think twice about having a few adults supervise a field of 50 children. We view recess as down time for all, including the adults on duty. Yet it is clear, not only in the hearts of many who carry bitter memories of recess time, but also in documented research, that peer relating is the number one source of wounding for children; recess is often the most toxic period of the school day. This is when close and active adult involvement is what is needed most, and yet this is often the period where it is provided least.

I simultaneously felt great sadness and great gratitude; sadness about the degree to which we have lost sight of what children truly need, and gratitude for the eyes and the confidence Dr. Neufeld’s work has given me to see and to provide what it is our culture and systems are missing.

Hold on to your Kids is Dr. Neufeld’s book on the phenomenon of peer attachment in our culture.