What are the challenges commonly faced when raising sensitive kids? 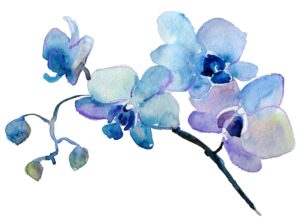 There are a number of challenges with raising sensitive children, given they are so receptive to sensory information. They are significantly different than their easygoing counterparts and require special attention by caretakers. Parents of sensitive children tell me it can be difficult to have a child who appears to be so reactive in comparison to others. They often internalize their child’s behaviour, believing it is their fault, rather than making sense of how easily their child is stirred up by their environment. Parents of sensitive children have a hard time describing the differences they see in their child to other adults. Parents are often judged as being too overprotective and are likely to be misunderstood. It is fortunate for many orchid children that one or both of their parents may be sensitive too, aiding them in making sense of their child.

1. The more sensitive the child, the more easily they are stirred up.

Given the heightened receptivity of the sensitive child, it should come at no surprise they can be easily overwhelmed and over-stimulated by their environment. This is especially true in the early years when their brains are immature and more susceptible to being overloaded with sensory information. As one parent explained about her sensitive four-year-old:

Jacob loved his music teacher so much that when she had to change locations for her classes, we followed her from the sunlit classroom near our home to the dark basement music academy where she was teaching. On the first class Jacob couldn’t settle in and kept running out the door. During the second class, he became so agitated that he jumped up and down and landed on the teacher. A day later, when calm, I asked him if there was something about the new space that he didn’t like. “The lights buzz”, he explained, “I can’t hear anything because of the lights.”

Sensitive children often feel like they are too much to handle with perfect storms arising from being tired, hungry, and frustrated all at the same time. This can lead to upset and outbursts, prickly, or resistant behaviour.

Under ideal circumstances, it should take the average child five to seven years for their brain to fully integrate sensory information with increasing speed and efficiency. Once brain integration is achieved, the child should start to show signs of impulse control, tempering in their emotional responses, and an appreciation for context. Sensitive children may need more time for brain development by up to one to two years, depending on their sensitivity levels and environment.[i]

This potential delay in brain development has implications for schooling, as impulse control and tempered emotional responses arrive later in comparison to their dandelion counterparts. While they can be intellectually robust at the age of six, their behaviour may seem immature with outbursts, upset, and a lack of self-control still present. Given a sensitive child’s enhanced receptivity to external stimuli, the prefrontal areas of their brain need more time to form neural pathways to handle the additional sensory information. In the meantime, they are at greater risk of being diagnosed with attention or behavioural problems instead of the late bloomers they actually are.

2. The more sensitive the child, the more easily overwhelmed by experience.

One of the common mistakes made with sensitive children is giving them more sensory information than they can handle because of their natural brightness. More is not better for an orchid child and it is likely to trigger defenses to shut out sensory information. They don’t need to be exposed to more stimulation, rather; they need more time and space to process it. Opportunities to play are some of the best ways to provide this space for young children as well as creative solitude as they age. The old adage, “a little goes a long way,” is best kept in mind when considering their needs.

Sensitive children can become overwhelmed by emotional material as well. Feelings are vulnerable territory for most people but more so for the orchid child. Emotional experiences involving fear, caring, enjoyment, frustration, guilt, shame, loneliness, and rejection can lead to heightened responses. In young, sensitive children, separation can be particularly challenging with big outbursts ensuing. Temper tantrums can take on a life of their own – intense and lengthy as frustration and aggression explode out of them. At the same time, their strong desires and caring set them up for tremendous disappointment. They often imagine far more than they can actualize and become easily frustrated by their human imperfections. Their feelings can be big, overwhelming, and out of control – this is why they need strong caretakers who can help them move through these storms.

With time, patience, and support from adults around them, sensitive kids can form a relationship with their big internal world. They need names for their emotions as well as room to express them. These are the prerequisite steps before they can develop self-control over their internal world. Until then, their adults have to be responsible for ensuring their tears still flow and they have a soft place to land when the world feels too much.

3. The more sensitive the child, the greater the need for strong, caring, adult attachments.

A strong attachment to a caring adult provides rest and reprieve in a world that feels too much. The challenge is sensitive kids can feel as though they are too much to handle, too big in their responses, and overwhelm their caretakers. It is critical for adults to convey that they can take care of them, handle their behaviour and emotions, and ensure separation isn’t used as a consequence or punishment.

Sensitive children need strong alpha, caring adults to tether themselves to for the purpose of security and leadership. Adults may have to work harder to gain their trust as they are perceptive and can read false presentations well. There must a generous invitation for relationship characterized by warmth, enjoyment, and delight. Adults need to invite the child to depend on them, orient them to their environment, and introduce them to people who will care for them such as teachers, coaches, dentists, or doctors.  What a sensitive child needs most of all is an adult who can read their needs and seize the lead in caring for them.

Continued… in next week’s final installment of this series on the sensitive child, Deborah will provide insight into how can we give sensitive children the best environment to grow in.