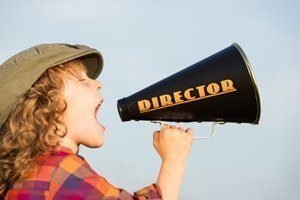 What is an alpha complex you may ask? To begin with, there are many faces to the alpha complex. Some alpha children present as bossy and prescriptive, dominating and controlling, compelled to take charge. They are most comfortable when in the lead and when giving the orders.  Other alpha children are like mother hens, inclined to take care of others, especially the weak and the wounded. Yet another manifestation of the alpha complex is having to be first or the best or in the know.  Still another face of alpha is characterized by the drive to establish dominance through exploiting the weaknesses and vulnerability of others. The manifestations of the alpha complex are myriad and diverse, yet I have become convinced that at the core the root instincts are essentially the same. For lack of an existing label, I shall refer to these instincts as alpha instincts.

Before I explain where the alpha complex comes from, I shall give a backdrop to my discovery of this phenomenon. When I was first putting the pieces of the attachment puzzle together, I came to the realization that the context for raising children was meant to be their attachments to the adults responsible for them. Upon realizing this, I also became aware that an increasing number of children were revolving around their peers instead of their parents and teachers. I labeled this astonishing and aberrant attachment phenomenon peer orientation. I was so concerned about what was happening that I wrote a book about it – Hold On To Your Kids. As many parents and teachers have told me, once their eyes were opened to the dynamic, the problem became self-evident. But someone had to explain the phenomenon first.

So where does the alpha complex fit in? Once again, in putting the pieces of the attachment puzzle together, it became obvious to me that the primary purpose of attachment is to facilitate care taking. With this in mind and upon closer examination, I discovered to my surprise that all the attachment instincts could be divided into two large complementary drives. I have called these drives the alpha mode and the dependent mode. When it comes to attachment, it is the only way we can fit together so to speak. When we simultaneously interact out of our alpha instincts with each other (or for that matter, even our dependent instincts with each other), we compete rather than complement each other. (Think of going for a walk or driving a car with your spouse. If both are in the lead or both are following, the process can be disconcerting.)

To get a sense of how this works, think of a pair of identical twins. Though equal in age, in genetics and most often in the conditions in which they are being raised, when they become attached to each other, Nature must evoke the dependent instincts in one and the alpha instincts in the other. If this works in getting the twins to fit together, one of the twins will typically develop an alpha personality and the other, a dependent personality. These personalities can stay with them for life. The ideal relationship when ‘equals’ come together would be reciprocal rather than hierarchical. When this happens, the perceived needs of one calls forth the alpha instincts in the other, and vice versa. The alpha and dependent instincts are fluid and appropriate to the circumstances. In reality, we trip all over this dynamic with each other. Both my wife and I have alpha complexes and we both could write a book about this (but we might not be able to write it together as you might also now appreciate).

There are three main problems that can occur with these powerful alpha instincts. First of all, these instincts can get stuck, giving rise to what I refer to above as an alpha complex. When a child or adult has an alpha complex, the alpha instincts become characteristic of the person rather than of the circumstances that should evoke these instincts. This is how we get children who are much more inclined to give orders than to take them, to take the lead rather than to follow, to give direction rather than seek assistance, to take charge rather than to seek out the person in charge.  But these children can also be incredibly caring, especially with those who appear weak or wounded or in need.

A third problem arises when a child or adult with an alpha complex is actually defended against feelings of caring and responsibility. In this case, the alpha instincts become perverted. The alpha instincts are still evoked when reading signs of weakness or vulnerability, but now not for the purpose of taking care of the other, but rather to exploit the vulnerability in order to establish dominance. This is the signature dynamic of the bully. Tell-tale signs of this flight from vulnerability is the failure to talk in vulnerable ways about what distresses, protests of not caring (eg, I don’t care, doesn’t matter, whatever), and the lack of language around vulnerable feelings (eg, hurt feelings, scared feelings, or empty feelings like ‘missing’ and ‘loneliness’.) I used to deal with prisons full of these bullies, on both sides of the prison bars, but now our schools and workplaces are also becoming full of bullies with hardened alpha complexes.  I explore this insidious phenomenon in my videocourse – Bullies: their making and unmaking.

As the alpha complex became clearer to me, so did the implications for trying to raise an alpha child. As you can probably imagine, these alpha instincts can play havoc with the parent-child dance. We tend to trip all over the alpha instincts of a child, especially if these instincts are stuck. Alpha children are not receptive to being taken care of. In addition, alpha children tend to be more alarmed and thus given to alarm-based problems such as anxiety and attention problems. Alpha children are also more frustrated which can manifest itself in being highly demanding or in aggression problems. Furthermore, alpha children are also more resistant to taking orders or receiving direction, making them quite difficult to parent where they most are in need of our parenting.

But what surprised and shocked me most in my study of this phenomenon, paralleling in many ways the discovery of peer orientation, was that the alpha complex is on the rise in our children. The alpha complex appears to be more prevalent in North American children than in children from countries where culture is more intact. It strikes me that this is what underlies much of our difficulty with raising today’s children and therefore accounts for our resulting preoccupation with figuring out what to do. The answer however is not in what to do, but in right relationship. It turns out that children not only need to be attached to those who are raising them, but attached in the right way – that is, in the dependent and receptive mode. What we really need to figure out is how to inspire our children to trust in us and depend upon us. Until we can do that, we can’t really do our job.

Perhaps it is time to write another book.

I will be talking about alpha children and the resulting challenges in my keynote address to the Neufeld Institute Annual Parenting Conference in Vancouver this May. Consult the website for more details.