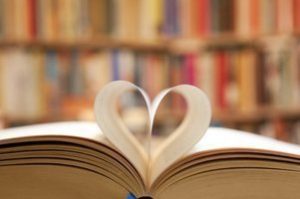 When Gail posted her item about a favourite or memorable teacher, I cast my mind back to my school days. I had a couple of teachers who I know liked me but none stood out as particularly special. I didn’t meet my significant mentor until I was well into my own career as a teacher. I was the third of five children in my family, and at school I followed my brilliant oldest sister and my incredibly artistic next oldest sister so I always felt that I did not measure up academically or creatively. In those days, teachers still compared siblings and, more than I would ever like to remember, I was asked why I could not be more like my siblings. I think I was a happy-go-lucky kid who was pretty relaxed and not overly motivated to do more than whatever would keep my parents from being too upset with me. I participated in lots of co-curricular activities but was never the debater my sister was, nor the athlete my other sister was.

When it came time to go to university, I had no idea what I wanted to do and found myself working on a B.Ed. with others who had wanted to be teachers their whole lives. I liked the idea of teaching but was not in love with it. Finally, though, I found myself in front of a class of Grade 4s, mostly First Nations kids, and I started to love what I was doing. I was very young and still had a lot to learn.

I remember in my first year of teaching, a Grade 7 boy told me to “f%#k off”, and I was outraged. In high dudgeon, I went to the principal and told him what this boy had done and asked what was he going to do about it? He was very calm and gentle and asked me kindly what had I done to allow the situation to escalate to that point? I was stunned. I had expected that he would haul the child into the office and at least send him home for the day. Instead, the principal asked me to look at how I might have handled things differently. On reflection, I realized that I had pushed the child into a corner and there was no way for him to save face, never mind have any sort of positive relationship with me. That moment of recognition was pivotal and helped me begin to put myself in the shoes of the children I taught.

Flash forward 17 years and I began work in Victoria, hired to open the first Learning Support department this high school had ever had. I loved this position because I worked exclusively on a one-on-one basis with struggling students. I was their teacher and advocate, and found myself, more than ever before, in close relationships with parents who were worried sick about children who found school extremely challenging. Over the next few years I was encouraged to apply for leadership positions in the school, eventually being appointed as the Director of Student Life; in other words, the school disciplinarian.

Two things happened to me at about that time. First, I came across Gordon Neufeld and his material on attachment, which gave me permission to follow my buried instincts to work from within relationships. Second, the school hired a new principal in our Middle School, David Graham. I had to work closely with him as his vice -principal. He had never heard of the developmental paradigm nor Dr. Neufeld, but he lived and breathed it every day, nurturing relationships from the moment he set foot on our campus. He wooed teachers, parents, and most of all his students. He quickly got to know every student in the school and found ways to connect with each of them as often as possible. He was always around with his camera and took hundreds of pictures to send home to let parents know he was noticing their children. He made a point of connecting with every teacher at least once a day, popping into classrooms and saying hi. He was in the car park before school and at the end of the day greeting parents and children as they arrived at school and saying goodbye as they left in the afternoon. He was at every sports game, play practice, and after-school help session. He was unfailingly positive; his smile was genuine and everyone he came across basked in the warmth of his presence. He made me feel as though I was capable and very good at my job. He understood me and through his mentorship always made me want to be my better self. David gave me the courage to think about further leadership opportunities; he made me feel as though I could do anything I set my mind to.

I learned a lot! I learned to ALWAYS look at any problem at school by figuring out what would be best for the child and to make all decisions based on that perspective. I learned that the adults in an organization need to feel the relationship as well. It became clear to me that when people feel valued and appreciated, they want to do their best and work with their leaders as a team, creating a school full of warmth and support. I learned that I need to tell my colleagues that I care and think highly of them and the work they do. It is hard to describe how much I learned but the mentoring from this amazing man, combined with all the things I was learning from Gordon Neufeld, allowed me to relax and follow my intuitions, and I found I enjoyed my work more and more every day.

Sadly, in his third year at our school, David Graham became very ill and had to go on long-term sick leave. I became the acting principal for the next two years as his health failed and David finally passed away.  While I was covering for him, he and I would chat often and I would ask his advice on some of the more complicated problems as they arose. He always pointed me in the right direction by telling me that I already knew what to do and must follow my instincts.

I am now in my dream job as principal of our Junior School and I attribute my appointment to what I have learned from Gordon Neufeld and David Graham. These two people came into my life when I was most able to hear and understand what they were teaching.  Every day at work, I try to emulate and honour what David taught me. Though he has been gone for three years now, I think of him very often and when I face a particularly difficult issue, I ask myself “What would David do?” and the best answer comes! I am old enough to be the parent of most of our school parents and I notice that they often come to me for parenting support as well as help with navigating the education of their children. I work very hard to develop relationships with everyone in our school community. I know all the children, their parents, and of course the teachers. I spend most of my days at school working on these relationships, which are the most enjoyable part of my job. I feel incredibly lucky to have ended up here and I am grateful to these mentors every single day!

Jean Bigelow is a Junior School principal and parent consultant. She has extensive experience working with students of all ages—most recently elementary school students.  Jean is also a parent and grandparent who puts Dr. Neufeld’s approach to use in her daily life.